We truly are living in a project economy. More and more work is being done in a projectized way, and PMI’s 2021 Talent Gap report concludes that the global economy will need 25 million new project professionals by 2030, for essential roles in pretty much every industry.

There has never been a better time to be a project manager. More and more professionals are gearing up to make the move into this career, or to gain certification for the clear career advantages it brings.

In this article, you’ll quickly learn why being a project manager is a great career choice, and the benefits of certification.

There are many benefits from passing your PMP certification exam. Here are the main ones that our students tell us have helped them advance in their careers.

Let’s look at each of those now, and hear from some subject matter experts and PMP certification holders about the value they have had from becoming certified.

This was certainly true for Jelena Iljina, PMP, as she secured a substantive pay rise when she passed her exam. “I informed my management about it, and my salary was immediately raised by 15%,” she says. “Then it was even more interesting. I began to apply the knowledge I had gained. It certainly made me a very effective project manager in the company. After six months, when I was closing projects with great results, I was offered the position of Head of Project management to lead a team of PMs as well as optimize the processes and implement the tools that would help not only me but our entire management team to lead projects successfully. My salary doubled and kept on increasing depending on the achieved results.”

And she’s not the only one. “I did secure a higher salary, but only by accepting a job offer elsewhere,” says Ereina Chiyo, PMP. “The increase was significant, but I think some of it has to do with the hot job market and how competitive it is right now.”

There are lots of factors that influence the salary you are offered: your experience, the industry, the country you work in, and the economic situation, to name just a few. But it’s clear that having a certification is certainly a factor that contributes positively.

Having a certification shows employers that you are serious about project management as a career. The right letters after your name can open up new job opportunities and career paths.

“The game changer for my career was obtaining the PMP,” says Wendy Liberko, PMP. “The fast and affordable certification was key to landing my last role, and to moving up in my current one. My language, tools, way of viewing risk mitigation, crashing schedules, resource availability, and communications make my work stand out from that of others. Many people possess many of the same skills, of course, but having the structure and ability to utilize those different levers of change consistently at work, home, and while participating in my community help me stand out and to contribute more value.”

Sara Fisher Poppe, PMP, felt lost when she started studying for her exam with a self-led virtual course. However, once she’d found the right materials, her PMP study plan started to fall into place, and she passed the exam on her first try.

“I have since gotten a promotion, and I am implementing PMI standard practices within my company’s Project Management Office,” she says. “I am grateful I put in the time, and I feel very prepared for the workforce. I am so excited to be teaching others what I learned about project management.”

To get that result, Sara spent around 300 hours studying and started using a PMP exam simulator about two weeks before her exam date. “Give yourself ample time to prepare,” she advises. It sounds like the revision and practice exams really paid off, and the credential opened new doors for her career.

When you approach your employer to fund your studies, you might get asked, “How does a company benefit from PMP certification?” Well, the main benefit to a company for having PMP certified professionals on staff is that the possibility of project success is greater.

Experienced, certified staff are more likely to have the skills to bring a project in on time and on budget while engaging all the relevant stakeholders.

Better project success rates obviously aren’t guaranteed, but with a skilled workforce you are more likely to get:

With only 35% of projects worldwide being successful, wouldn’t your organization want to do what they can to increase their chances of delivering great results for customers and staff?

You don’t have to become a member of PMI to sit for the exam, but we recommend that you do to take advantage of member-only pricing for the test. Once you are a member, you’ll have access to a wealth of resources that PMI offers, including the global Chapter network. You will be able to meet new colleagues and make friends, gain experience through volunteering and take part in local events.

The global PMP community is welcoming and supportive. Sarah Mandrekar, PMP, found this out firsthand when she wanted to move on to build her portfolio of PMI credentials and take the Agile Certified Professional (PMI-ACP®).

“I purchased the Agile PrepCast,” she says, “with the intent to study and pass that Fall. Other priorities took over, and I allowed my application with PMI to gather dust. Then, I attended a leadership conference in April, where many of my fellow PMP leaders encouraged me and offered guidance. Soon after, I opened my preparation binder and began planning.”

Who knows where those connections will lead for you? Perhaps to a supportive group of peers cheering you on as you take the next steps in your career? Perhaps to a fantastic new job opportunity?

Yes, the act of going through PMP certification training will help you boost your professional skills! You’ll become a better project manager in your day job as a result of working towards and passing the certification exam.

The types of PMP questions you are asked during the test reflect the wide range of scenarios that project managers find themselves in, from agile and hybrid to predictive situations.

Duon can see the benefit of learning more about project management best practices. “The more and more that I read and take mock exams, the more I realize how much that my company and management team has been using the wrong approach according to PMI far as applying key principles associated with project management,” they say.

While Duon’s certification journey is just beginning, Michael Doherty, PMP, can share his experiences from the other end of the journey. “I got my PMP after being a PM for about ten years,” he says. “It didn’t help me to get promoted, but it did provide a better framework than I had been using. It helped me to be more organized and focused and, therefore a better PM. I wish I had done it sooner.”

Putting ‘PMP’ after your name in your email signature and in other places like your LinkedIn profile is a signal to the world that you know what you are talking about when it comes to managing projects!

Show your colleagues and clients that you are committed to professional development. You may find they start to take your expertise more seriously, and you benefit from extra credibility in your role.

However, you actually have to obtain PMP certification before you see this benefit, as Timothy Kucejko, PMP, acknowledges.

“Four months went by after reading Head First PMP, and I found myself attempting to build my credibility in conversations by saying, ‘Hey! I *COULD* pass the PMP exam if I wanted to’,” he says. “It didn't seem to have the same ring to it as ‘I have a PMP’ would. After saying that enough times, I decided to bite the bullet and take the exam.”

Timothy submitted his application and then got the news: his application was being subjected to a random audit. “At first, I was frustrated, but after I thought about it, I kinda enjoyed it. I'm a techie, and I don't know if I'll ever have the formal title of ‘Project Manager’ in my career,” he says. “However, if I ever get into a conversation and someone challenges me on it, I now can say, ‘Well, PMI audited my application and said I passed the test. You can take it up with them if you like.’ I breezed through the audit.”

Lesson learned: don’t be afraid of the audit process! You can hear Jonathan Hebert’s experience of being audited by PMI on Cornelius Fichtner’s podcast to get an understanding of what that process is like. As Timothy now knows, it’s nothing to be worried about.

And if you want to start your test prep off the same way as Timothy, check out our recommended PMP exam prep books.

Finally, don’t underestimate the sense of personal satisfaction that comes from working hard towards a professional goal and smashing it! You’ll bask in the knowledge that you earned that pass mark, and as long as you keep your certification up to date with PMI, it’s yours for good.

“I'm doing it as a personal goal for myself,” says Duon.

Even if no one else recognizes your achievement (which is unlikely), you’ll know that you deserved exam success, and you can be proud of what you accomplished.

And it doesn’t have to take long to prepare for the test. Why use a PMP simulator? Because it saves you a lot of time studying as it helps you identify the areas where you need to focus, cutting the effort involved in becoming exam-ready.

Benefits of Getting CAPM-Certified First

Should you get CAPM certification before you sit for the PMP exam? We’re often asked this question, and we have a detailed guide to the benefits of CAPM and why you should get it first.

The main reason that people choose to get CAPM certified first is because they don’t meet the minimum requirements for applying for the PMP exam at this moment in time. If getting certified in project management right now is important to you, and you are not eligible for the PMP exam, then CAPM is a great option. It helps evidence your commitment to project management as a profession and will make it a lot easier to apply for the PMP test when the time eventually comes.

As you can see, there are many benefits of becoming PMP certified, from boosting your earning potential to feeling personally more satisfied with your career. These benefits are motivating factors to bear in mind as you begin your journey towards certification. Remember why you are taking the exam and what you hope to gain from it – and the ‘congratulations’ message is just the start of how you will benefit from the experience!

“Thanks to the knowledge I got from PMP and the skills to apply it, I am now a successful and well-paid project manager no matter what company or what country I work in,” says Jelena Iljina, PMP. “I encourage anyone who wants to pursue a career in Project Management to become professionally certified. And not just learn the questions and answers, but understand the logic and philosophy behind that knowledge. This will undoubtedly help you achieve incredible career and financial results.”

Are you ready to get started and bring these benefits into your career path? A good next step is to learn more about the range of PMP study materials that are available to you, including PMP exam simulators and our free PMP exam prep guide. 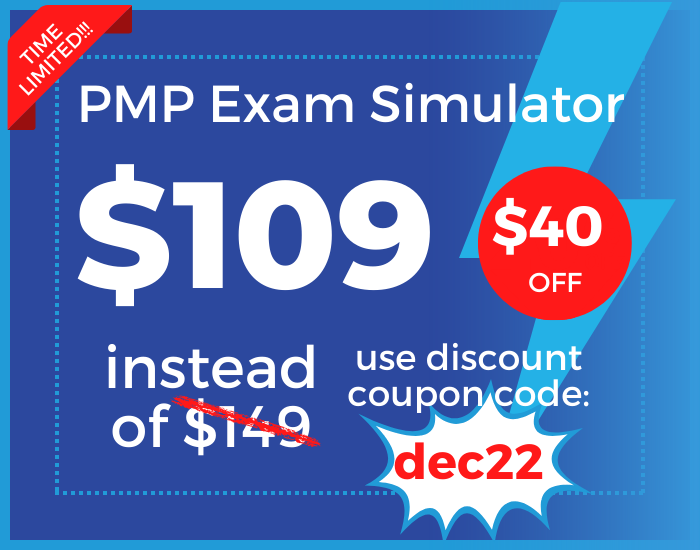